Our premises have seen many reincarnations over the years and thanks to some helpful Facebook users I am receiving daily updates on those activities. As I receive more, I will add them to the site. 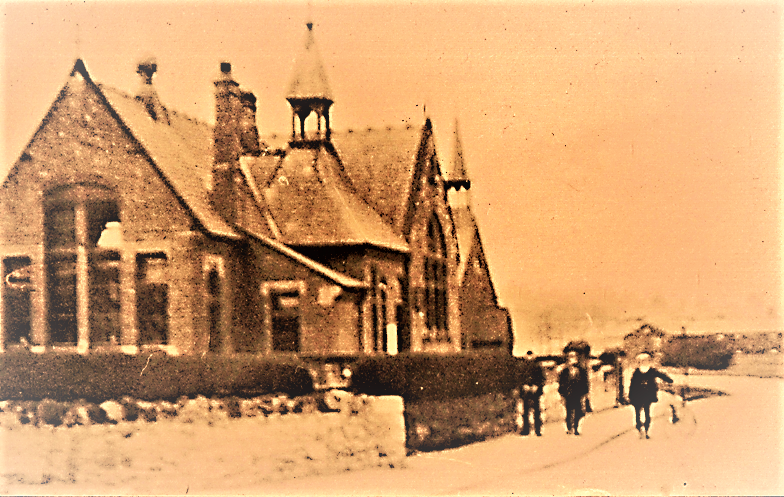 The numerous extensions added to the building over the years means that now only small parts of the original façade can be seen.
Originally a small charity school founded in the early 1600’s by Thomas Wilson and Edward Goodwin it was designated to be used only for education or the community.

Named the Upper Haugh School it was adjacent to All Saints Haugh which was a daughter church to St. Mary’s, Rawmarsh and affectionately nicknamed ‘The Tin Chapel’ or ‘The Tin Tabernacle’.

The Register Books commenced in 1653 and include these following mentions of the property: –
Charities:
Edward Goodwin’s charity, by deed, dated 13th June 1743. Endowment, 23a. of land and £3,500 three per cent. consols. The income, which at the time of the Report was £135 per annum, was applied as follows:-To the schoolmaster of Rawmarsh, for educating twenty boys in reading, writing, and accounts, and finding them books, paper, pens, and ink, 20s. each ; to a schoolmistress, for teaching fifteen girls belonging to Rawmarsh, to read, write, and spin, 13s. 4d. each ; £15 for putting out three apprentices in Rawmarsh, at £5 each ; for teaching ten poor boys or girls at Darfield to read, 10s. each; for the like number at Burne, 10s. each; agent’s salary, £5; expenses at the annual meeting, £2. The residue, after keeping the buildings in repair, is laid out in bread-corn, and distributed to the poor of Rawmarsh. The trustees are in possession of six cottages. which they permit to be occupied by six poor widows of Rawmarsh.
School – Founded by Richard and John Oxley, 21st December, 16 Jac. I. and augmented 15th November, 19 Car. I. and 15th March 1653, and another 3rd September 1803, by Thomas Wilson the elder, for the children of poor folks inhabiting within the parish, and unable to pay for their teaching in reading, writing, and grammar; ten of the poorest sorts to be taught free, and the others as the master could agree with them. Endowment, 7a. 3r. 14p. of land, two houses, and rent-charges £4 per annum. Also £20 per annum from Goodwin’s charity, and £2 per annum from Ellis’s charity. Vide General Charities. Twenty-three free scholars, exclusive of the twenty taught under Goodwin’s charity.

The charities produced about £65 per annum, alongside 6 almshouses founded by Edward Goodwin for six aged widowed women.
These almshouses, as those from Rawmarsh will remember, were across the road from the Aged Persons Centre on Dale Road before they were demolished in 1963.
The stipulated condition to be able to apply for the almshouses was that you needed to be a poor widow who was resident in the area of Rawmarsh. The income from the properties was to be used for the benefit of elderly/old people or people with disabilities and provide buildings/facilities/open spaces.
The two charities were titled; –
Goodwin Almshouse Charity & Charity of Edward Goodwin Educational Foundation.

This photo  is the class of 1916 @ Haugh Council School as it was then called. Many of these children would lose their fathers in the World Wars. Many of the tenant farms belonged to Earl Fitzwilliam of Wentworth and when he raised his own brigade many of the farmers joined thinking it would only be a short war.

The second photo was taken in a field across from us, as you can see the school bell tower and Church spire in the background. Taken around the early 1900’s when the school was a Quaker school, having originally been a boys only school.

During the 1940s and 50’s the school was well attended and its two teachers were Miss Roper and Miss Dodson and percentage wise it had the best results in the area for 11 Plus passes.

The Misses cared deeply for their pupils and taught the 3 R’s in depth and staged concerts at the church next door. Miss Dodson walked from the Kilnhurst Road area each day, gathering children as she progressed. She was likened to the Pied Piper of Rawmarsh as she marched the children across the fields and over the stile.

During the 1950’s it hosted a youth club which then moved into the church next door for the added space.

This photo is the class of 1953 ready for a day trip to Bridlington.

And so, to today when we hope it will be known as  Drop In Centre.

Following a presentation by the Rawmarsh & Parkgate Historical Society I can now add to the history of the area and include [thanks to them] a number of photos of the Haugh area in the 1900’s and it is clear from the photos that it was a busy hamlet. This explained the need for a school in the area. These photos give a history of the Stubbin area throughout the years and shows that our building has been an integrated part of the area.
The Upper Haugh was a collection of labourers’ cottages constructed to house the influx of miners, because of its proximity to the New Stubbin Colliery.

An off-shoot of the main Haugh which was the cottages that surround the Stubbin Road – Cortworth Road junction, known today as Nether Haugh. Built at the top of the hill it isolated the labourers from the landowners. The Haugh area bordered the great estates of Earl Fitzwilliam and his home at Wentworth Woodhouse. 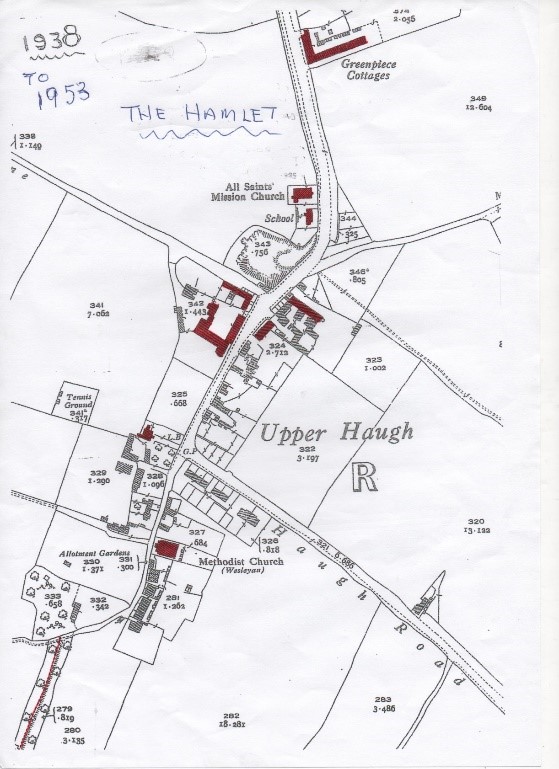 The first photo is an aerial view of Haugh Road taken not long after the secondary school was built. Note the church building in the cemetery and the remains of Kent’s Main (Knapton’s Pit) in the middle distance. Coal had been mined in the Haugh area from the mid-15th century and in the Parkgate area of the village since around 1700, mostly from small pits under the ownership of Earl Fitzwilliam. Deeper mining came in the mid-19th century, the town becoming ringed with collieries, Warren House and Warren Vale to the north, Stubbin, later followed by New Stubbin together with its railway, the Stubbin incline, linking it to the Greasbrough Canal taking up the western side and near the River Don in Parkgate, adjacent to each other and the two main line railways serving the town Aldwarke Main and Roundwood. The last three collieries mentioned being the last of these to close, the last, New Stubbin closing in 1978.

And the second one is the original Monkwood pub that was demolished to make way for the new one that you all like to visit.

These are photos of Low Stubbin which closed in 1922 and new Stubbin pits and the opencast mining that led to the playing fields being created for the Haugh Road School. In the colour photo you see New Stubbin Colliery in its heyday and note  the Wentworth Mausoleum in the background. It is flanked by four obelisks, brought from the west front of the mansion in 1793, and encircled by an iron railing. Although usually described as a mausoleum, it would be more accurate to call it a cenotaph or tribute, the Marquis being buried elsewhere.

Many will remember the other Chapel at Upper Haugh, now demolished.

This Chapel housed this magnificent organ that was  played by Mrs Beaumont for many years. The original keystone is now set into a garden in the area. Its actual location is kept a closely guarded secret.

In the first half of the 20th century each Chapel & Church joined the annual Whitsuntide walk on Easter Monday. The junior members walked a local route to Rosehill Park as each group proudly showed their banner and the Sunday School queen and her attendants.

Many will remember The Greenpiece Cottages [also called Tag Row] which were situated at the far end of Harding Avenue. Now long demolished the keystone in the new development.

November 26th 2019.
Our Harding Avenue headquarters are currently up for expressions of interest as the Rotherham Council, [the lease holders] seek to find a new group to take over the lease. We at Social Eyes have been working with the present group to keep the Centre open as a community hub and we hope to hear soon if their expression of interest has been accepted.

If you have any memories/photos of the building, please drop us a line on our contact form so that we can keep updating the page.
This is an important historical building which deserves to have its many faces documented.