We made the decision to go to a daily blog page as the separate activities were taking so long to load that our readers were waiting too long. So turn over to Daily blog and you will keep up to date with all the daily happenings in our group.  💚🌞💚

The great day has finally arrived after months and months of practice. The launch of our own CD produced in a professional recording studio.

ROCK IT the CD was produced at the Sight and Sound Studio at the Renaissance Centre, Bolton upon Dearne with the help of Dean Jordan.

We launched this evening at Rotherham Trades to a packed venue. 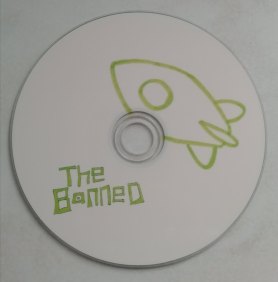 We have just finished another week in the studio finalising work on our first CD, due to be launched on the 7th August 2019.

‘The Banned’ straight back to work after Tuesday nights Award ceremony  💚🎤💚

“The Banned” in the recording studio, our CD will be available very soon  💚💚💚

What a great gig by our fabulous ‘The Banned’today for Awarefest !! 💚

Another practise session for The Banned   💚💚💚

The Banned in the studio rehearsing for their next gig 💚💚💚

Look out Bridlington, here comes Social Eyes Rotherham featuring The Banned. On our way to perform at Diverse Festival.

Banned practice for the boys & girls 💚💚💚

The gig is underway at Rotherham Golf Club

On Thursdays our band rehearsals have now relocated to The Sight and Sound Studio at Bolton-on-Dearne.

This venue is the perfect place to enable THE BANNED to practise within a real recording studio and allow our members the opportunity to experience what it feels like to be in a realistic music industry environment.

THE BANNED’S gig last Wednesday 14th November @ The 1915 Bar and Bistro, Rotherham, was a sell-out occasion and great fun.

There next performance is  Sunday 2nd December when they are the in-house music for diners at Wath Wood Christmas Fayre, within Wath Wood Hospital. Preparations are well in hand as many of the goods for sale are made on-site by the patients of Wath Wood Hospital.